scroll down for MENU 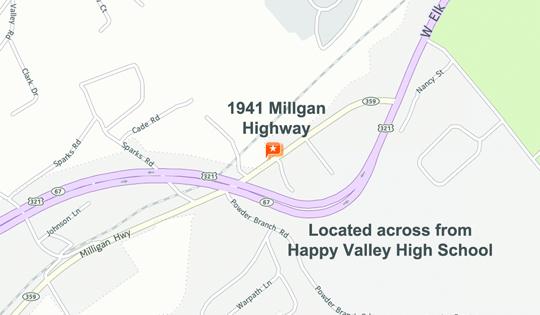 The Smokehouse BBQ Company: Happy Valley barbecue is back Published August 3, 2012 By Mystery Diner - Press Mystery Diner I am a sucker for good barbecue. Be it pork, beef, chicken, fish, (yes, I said fish) no matter, I'll have a plate of it, thank you. Folks round these parts take two things seriously: high school football and barbecue. Just as there are multiple avenues to success in high school football, so too are there multiple venues for great barbecue. Each has its own set of fans, stalwarts firm in their support of their own particular team or barbecue. As a stalwart myself, I am here today to issue a booster's call to the regulars who've dined at the Smokehouse BBQ Company. Reviewed in these pages back in 2010, the restaurant near Elizabethton's Happy Valley High School rapidly gained popularity for its apple- and cherry-smoked meats, its family-friendly atmosphere, and for the great music played out at their bandstand Friday and Saturday nights. Of their home-made barbecue sauces, the restaurant's molasses-based won national ranking. They also had an excellent Carolina-style vinegar-based marinade, kept under the counter and brought out to satisfy over-mountain travelers from North Carolina, as well as for local barbecue "contraries" who'd "strayed." Though well on its way to becoming a premier barbecue joint for the Tri-Cities, in 2011, the owners decided to sell. After over a year of tentative changes in menu and format, Smokehouse BBQ Company has returned to its roots under the sure hand of area entrepreneur Michael Miles. Formerly CEO of the popular Movietrax chain of video stores, Miles has an eye for success, seeing Smokehouse BBQ Company as the place to build the dream all over again. His plan for success is simple: "Give your customers what they want." He has restored the restaurant's original menu, its method of cooking and most important of all, the original recipes. The venerable Smokehouse smoker is once again producing exquisitely smoked and flavored meats on-site. The sauces are back, with Miles upping and improving the spice and heat content, plus adding his own "Maxx Sauce" to the selection. Homemade desserts, courtesy of Miles' wife Nancy, once again grace their former positions in the glass cooler next to the cash register. There's even music in the bandstand once more. So, has Miles' confident return to past ways proved beneficial to Smokehouse BBQ Company? My dining partner and I stopped by late one evening to find out. Evident from the start, a thorough clean-up and fix-up plus some needed remodeling enhancements have restored the restaurant's comfortable family atmosphere. Even though we were familiar with the old Smokehouse menu, our server Haley kindly pointed out a few of the changes since last we dined there. Gone are the "fusion" and "interpretive" menu items, swept away like the tatters of an outgoing presidential administration, to be replaced with good old-fashioned barbecue cuisine. The Pitmaster Salad is back, with three cheeses, bacon, pork and brisket for just $8.95. You get a choice of dressings, but try one of the Smokehouse barbecue sauces instead. For you carnivore couples, there's the BBQ Sampler Platter for Two ($19.95), generous portions of pulled pork, ribs, chicken and brisket along with two large side orders. Because of the hour, it was a little late for a platter of their outstanding pork barbecue ($7.95). Wanting something light, I told Haley to bring me a Smokehouse chicken quesadilla ($6.50) with a house salad as my side order. My partner ordered a fully loaded Smokehouse cheeseburger basket ($6.50) with fried potatoes and onions. Prepared by the capable hands of chef John Sams, Haley had our meal in front of us in 10 minutes. My quesadilla was everything I remembered from before. Shredded smoked chicken, mixed with sauteed onions and peppers then doled onto a crisp flour tortilla. A quick turn on the grill, then a dollop of Smokehouse Sweet barbecue sauce: ah, yes. My partner's cheeseburger sat nearly half a foot tall, towering over the potatoes and onions crowding the rest of the basket. Just a touch of sauce was needed for the burger, and I had one happy dining partner. For dessert, we shared a piece of homemade Butterfinger cake the size of half a General Shale brick. There was nothing brick-like about the cake; just plenty of crunchy Butterfinger topping on a chocolate cake so fresh and rich it made my teeth hurt. While we were finishing up, Michael Miles appeared at our table with two samples hot off the smoker. I'm not normally a fan of smoked brisket. The meat is either too dry from being smoked way too long, or smoked too little and tough as a $1 steak. Happily, Miles' brisket was neither, being smoked to such mouth-watering pull-apart perfection that adding sauce would have been unnecessary. Next up were two smoked St. Louis-style beef ribs, loaded with meat, fork-tender and done to a turn. I tried mine with the new Maxx Sauce and was glad I did. Miles said the restaurant's been open about six weeks or so, and has already seen some of the regular clientele returning to their place at table. With the restaurant's catering service getting back in full swing, and Miles' business sense pointing the way, it shouldn't be too long before the Smokehouse BBQ Company regains its place as one of the area's premier barbecue restaurants. The barbecue competition (and the rest of us) should please take note: the Happy Valley Warrior's back.